Have you ever thought about what it takes for a team to exhibit superior performance? 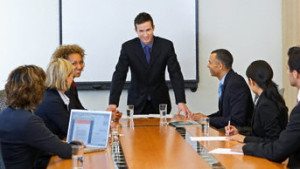 How is it that some teams are able to harness the very best of their members’ knowledge, skills, talents, and passion in such a way that they overcome roadblocks, recover from setbacks, and outperform the competition on every front?

How is it that another group of individuals struggles to get out of each other’s way, fails to tap into its member’s assets, or completely misses its team objectives due to infighting, miscommunication, and lackluster commitment? There are probably as many explanations for this variation in team performance as there are teams being monitored and measured.

Think about your favorite sport’s teams of all time. Perhaps you listed basketball’s Boston Celtics, who through the legendary coaching of Red Auerbach, won eight back-to-back championships between 1959 and 1966. Boasting the mid-court domination of Bill Russell, the scoring power of Bob Cousy, and the slicker-than-butter stealing magic of John Havlicek, they were unstoppable. Maybe you named the bad and bodacious Chicago Bulls, who won six championships between 1991 and 1998.

With Michael Jordan (arguably the best b-baller of all time) and Scottie Pippen at the helm, they made mincemeat out of everybody in their path. Lest we forget, the New York Yankees, the Montreal Canadians, the Pittsburgh Steelers, and the Miami Heat (who rattled off a 27-game winning streak along the way to their second consecutive championship), each made their mark in history as “powerhouse” teams.

How did they do it?

How did they rise above everything from major injuries to minor squabbles to bring home the “V”, time and time again? Many researchers have studied this phenomenon, and quite honestly, few agree on the silver bullet that makes the difference. Here are a few of my favorites, based on my forty years of experience in working with teams across a spectrum of disciplines and industry sectors.

Maintain Oneness of Mind and Purpose.

Of course, this does not mean the team members agree on everything. When you have more than one person involved in anything, there is likely to be some disagreement at one time or another. It does mean, however, that team members are able to come to terms with their ultimate objective. It means when the whistle blows and the signal to start is given, team members have a single objective in mind. I believe it was Abraham Lincoln who said that “a house divided against itself cannot stand." The biblical verse in James 1:8 suggests that “a double-minded man is unstable in all his ways.” And, I believe it was my grandmother who said, “if you chase two rabbits, both will get away.” Clearly, oneness of mind is among my best tips for team success.

Get and Use the Best Talent Available

It probably goes without saying that having the right talent on the team is critical. Care should be taken to ensure that the team attracts the most capable and committed talent available. The optimum words here are “capable and committed.” They need to be both able and willing. One is of little value without the other. Team members who are capable and committed are generally a good “fit” for their position. In addition to the teachable competencies needed for the job, they possess the core attributes, behaviors, and interests that generally accompany successful individuals in that assignment.

They fit comfortably within the organization, the team, and the assignment given; and they typically fill an important requirement within the team’s critical core. But, there is another factor that is equally important - that talent must be fully utilized. Under-utilized talent can become distant and disengaged, and if not corrected, can become destructive. Leaders of teams, as well as team members, need to make certain that team members’ abilities and passions are fully appreciated and optimized. This could mean that an alternate, less obvious approach is considered for a project. It could mean that a team member gets the opportunity to practice a skill before it becomes crucial that he/she uses it in a crisis. It means that members are valued, not only for who they are now, but for who they can become. It means that no one is pigeonholed into a position or a pattern indefinitely. Failure is readily forgiven. Growth and learning are a priority and because they are a priority; being challenged or corrected is a welcomed part of the team building process.

Adaptability is Key to Sustainability.

The key to any sustainable organization is its ability to adapt. In fact, you have probably read that a sign of the intelligence of an organism is its ability to adapt to its environment. Organizations or teams that fail to adapt may find themselves marking time until their end comes. For a sports team, it may be as simple as adapting to a different court, basketball goal, or a change in temperature from their home climate to the competitor’s climate. It may mean reacting to the change of pace when new members join the squad. It may be as gut wrenching as playing the game after the tragic loss of a teammate. In any case, teams that cannot adapt soon dissolve. Only the teams that weather the test of time and proactively prepare for change will last.

What About Your Team?

There you have it: The tips for what it takes for a team to exhibit superior performance: oneness of mind and purpose, getting and using the best available talent, and team adaptability. Few teams execute all three at all times.

However, the best teams are probably the best at all three. The best teams are slow to blame and quick to recover from setbacks. Each member recognizes his/her talent and spends no time doubting the capability of their team and their ability to deliver.

The past, for them, is only a reference point for the future. Victory and defeat are just a fleeting moment, from which to draw new and purposeful direction.

How does your team stack up?

Use Assessments To Analyze Your Team

No spam... no obligation... no sales pressure!

Tell Us What You Think!