A new manager went to work in a department of a retail store that seemed to have lost its way.Sales were down and so were energy levels. Displays were stale, and several areas needed cleaning. Worse, several employees seemed to spend most of their time on cell phones — and the conversations were not about work.

The manager immediately recognized the problem. She had seen it before. About a third of her employees were new, and they were the only ones who accomplished anything. Their expectations were high, and so were their sales.They stayed busy doing worth while tasks even when they did not have customers. More than half of her employees stood around looking bored and tried to appear busy when the boss was nearby.

Finally, another group of employees came in late,left early, took long lunches, avoided helping customers and, as near as the manager could tell, did not make any sales or even try to do so.

She wondered what had happened to make them so disenchanted.

Through research, she found that the most disengaged group of employees included the ones who had been there the longest. Studies bear this out. Look at your own workers and see who is productive and who is not.Likely you will see employees who have been on the job several years, see no change coming and no room to grow. They are not interested in the work, their customers or their colleagues.

Get Your Free Book Now! 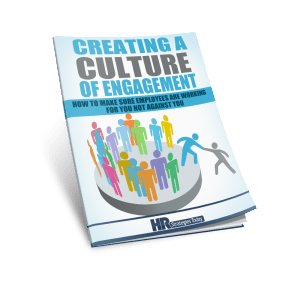 Here are 10 strategies you can implement today to re-engage your employees and increase productivity:

Tell Us What You Think!