The High Cost Of Low Producers In Sales

A well-known national company provides personal development and coaching services across the U.S 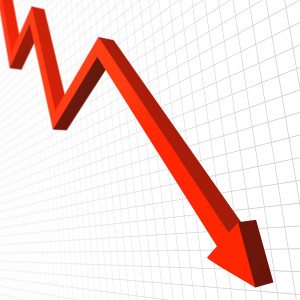 . and has done so for over 20 years. Their sales process is highly structured. Leads are generated from a variety of sources, including infomercials, Internet campaigns and traditional advertising channels. Once a lead is captured and qualified, an appointment is set for a telephone presentation, most often including both members of a married or committed couple as prospects. The sales professionals we measured here conduct the scripted telephone session.

The interview goal is a sale in the range of $2,000 to $8,000 consisting of one or a combination of the company’s personal and business development training courses. Obviously, a great deal of money and time has already been invested by the time an appointment begins, and both the company and the salesperson need to close a high percentage of the interviews conducted. New salespeople complete a five-week training course and transition from an hourly compensation period to a commission-only system within a relatively short time.

The company currently has about 130 full-time sales positions, but unfortunately they have a high rate of turnover. They anticipate, based on last year’s statistics that they will need to hire 200 new salespeople to fill an anticipated 76 new vacancies in the sales staff, since only about one-in three hires actually finish the training and succeed in their first few weeks in becoming commissioned salespeople. As with the sales process itself, this process of developing new sales representatives is very expensive. The company is highly motivated to reduce sales turnover and to increase average close ratios of the sales force, if possible

During out initial consulting engagement, three groups of salespeople were selected by management,

based on tenure (on the sales floor more than six months) and closing ratios. These groups were separated into “top,” middle” and “marginal” performers, based on the closing ratios. All subjects completed our Sales Assessment.

A Performance Model was prepared for the top-performing group, and all subjects were matched to this pattern. The results were dramatic. The top performing group matched the pattern at an average of 88.5 percent, and no member of that group scored less than 83 percent. The middle group averaged 71.8 percent match, and the marginal group averaged 70 percent match. Clearly, the assessment differentiated between people who were top performers and those who were not. To a lesser extent, it also differentiated between middle and marginal performers.

Not surprisingly, this was the group with the most turnover. They did not fit their jobs well, and they presumably had employment alternatives compensating as well or better. For the company, the opportunities are clear. If they are making 76 selections in a year, each good decision (hiring a likely top performer) is worth an additional $300,000 in potential sales.

In the first year this represents an increase of $22-million-plus sales increase! In addition, if they hire more people with the characteristics and production of their “top performers,” their recruiting, training, turnover and missed opportunity costs will decrease. The combined result should be significant gains in overall profitability.

Want To Find Out More?

What Makes YOUR Top Producers Who They Are?

Get in touch and let’s set up a time to talk about modeling your top producers and creating a performance model that will show you the key characteristics that make them successful.

No spam... no obligation... no sales pressure!